Coventry to Close Until Further Notice 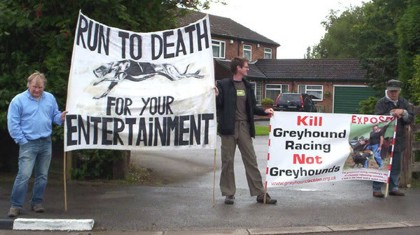 Recent reports of Coventry dog track’s temporary closure from Boxing Day until February appear to have been optimistic with this week’s announcement that Coventry will now close until further notice.

Area Stipendary Steward – Irene Haslewood – who was in attendance at Coventry on Saturday, said “Following discussions with several parties involved in the running of the stadium, I’ve subsequently spoken to attached trainers to inform them that racing will cease until further notice”

Although no official statement has been made by the tracks manager, Ms Haslewood also confirmed she in now is possession of the Identity Books for greyhounds registered to race at Coventry.

Richard Hayler – speaking on behalf of the GBGB has stated “Official letters seeking basic information fundamental to the regulation of the track have been ignored and other issues reported to us are being investigated or closely monitored.”

Hayler continued “None of us want to see racing stopped at any track, for obvious reasons, but in the current circumstances I cannot imagine the GBGB being in position to issue a licence to Coventry for 2010, and certainly not before the year end.

There has been no official statement regarding any GBGB plans or funding for the re-homing of the redundant Coventry dogs.

CAGE – Coventry Against Greyhound Exploitation – a Greyhound Action branch, have relentlessly leafleted Coventry for 5½ years. Resulting in drastically reduced attendances, CAGE will have undoubtedly contributed to the tracks uncertain future and what appears to be it’s closure.