The Bookmakers and BAGS

Due to a second company providing media coverage of British dog racing  – as of January 1st 2018 BAGS increased its weekly racing schedule from 46 race meetings to 74 meetings.

SIS will continue to provide coverage of race meetings from 8 tracks  – while the new company will supply coverage from 12 tracks through The Racing Partnership .

The 3 tracks that have not signed up to providing race meetings for BAGS are Mildenhall – Pelaw Grange and Shawfield in Scotland. The remaining 21 tracks have now secured lucrative contracts where their race meetings will be streamed online to betting markets worldwide.

The money makers in the industry are the bookmakers and £2.5 billion is staked annually on live greyhound racing in the UK.

At least 99% of all bets staked on British greyhound racing are through the Bookmakers Afternoon Betting Service (BAGS) meetings which are televised to the betting shops – streamed online and the internet by SIS – Sports Information Services Ltd – simply to supply a betting product for punters both nationally and internationally.

Only a handful of people attend the BAGS meetings that start as early as 10.30am – they are not held as social events as their sole purpose is to supply a betting product for gamblers and of course – to make huge profits for the bookmakers 11 hours a day – 7 days a week.

Approximately 3,588 greyhounds are forced to perform for the 46 race meetings held every week. 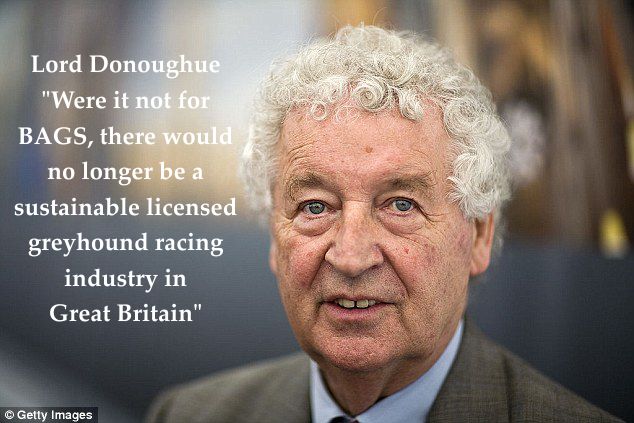 The three major contributing bookmakers to the British Greyhound Racing Fund are Coral – William Hill and Ladbrokes but approximately 17% of all bookmakers choose not to pay into the levy. The major bookmakers also owned 2 stadia each in 2017. Coral own Hove and Romford – William Hill Sunderland and Newcastle and Ladbrokes own Crayford and Monmore – whilst the remaining 19 licenced dog tracks are independently owned.

Despite earning millions of pounds profits for the bookmakers – the BAGS greyhound is the most exploited and abused of all racing greyhounds. Costing on average just £100 and more often owned by a trainer or the tracks – these greyhounds are afforded very little – if any – in the way of welfare and if injured or too slow – they are as dispensable as their price tag.

In 2012 – two trainers who are contracted to supply dogs for BAGS meetings at Manchester’s Belle Vue dog track were exposed by Greytexploitations. Please click here for full article The Secret Slaves of the Dog Racing Industry.

“Were it not for BAGS, there would no longer be a sustainable licensed greyhound racing industry
in Great Britain” – Lord Donoughue Report