Today marks the third anniversary of the brutal mutilation and murder of Valentina – a heavily pregnant black and white greyhound. Please click on the candle  to visit Valentina’s  Remembrance  page – and hold in your thoughts not only Valentina but also the estimated 10,000 plus greyhounds – bred for British racing – that remain unaccounted for annually by the Greyhound Board of Great Britain – presumed destroyed.

Action For Greyhounds release a new series of ‘Awareness’ LEAFLETS and  POSTERS. Easy on the eye to attract attention from a wider audience – this material can be displayed in many public areas.

Please consider placing these leaflets and posters on notice boards at work – College – University or your local library. Contact Annie via info@actionforgreyhounds.co.uk for a further details. 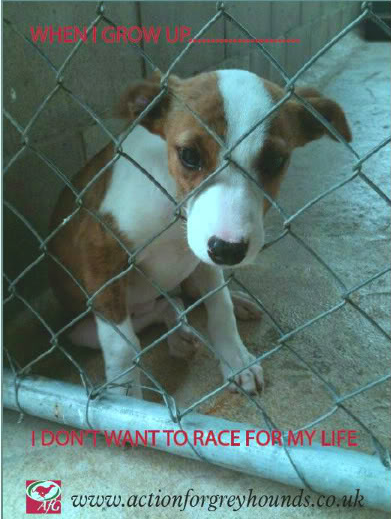 The BBC publishes an article ‘Finding homes for retired greyhounds’

Despite being pressed for information on the number of greyhounds that go ‘unaccounted’ for annually – the GBGB have yet again refused to release any data captured on their Retirement Form – remaining tight lipped on the cost of dogs lives to simply provide a betting product for the gambling industry.

However Kevin Stow – a self employed owner of boarding kennels and racing greyhounds and also Chairman of Lincolnshire Greyhound Trust who works closely with the industry has admitted “Without question, sadly some greyhounds are put to sleep when they retire, either because they are unsuitable for re-homing or in some cases because their owners take that option rather than try to find them a home”

The BBC article failed to make reference to the recent research by Greyhound Watch – that calculates over 10,000 greyhounds bred for British racing go unaccounted for  – 80% of which are bred in Ireland. The culling of puppies and destruction of healthy dogs – deemed too slow – being just two of the many inherent cruel practices of dog racing. 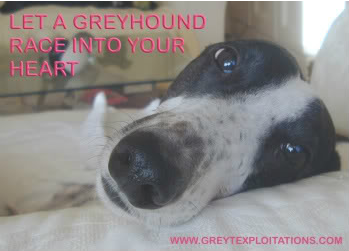 Greyhound Safe have successfully lobbied International Aid Agency Bothar to rethink its position on raising funds for its excellent cause through organised events at Irish dog tracks – Bothar stating they “think it most unlikely they would repeat this in future.