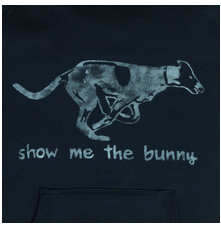 Since our appeal below – it has transpired the avatar used to promote BBC radio presenter Colin Murray’s racing greyhound ‘Showme_Thebunny’ on Twitter and consequently dog racing to a national audience – was copied and reproduced from Max and Molly Designs without permission.

Jane Jones – the proprietor of Max and Molly Designs is an advocate for greyhounds and generously donates a percentage of the profits from her business to grassroots rescue – rehabilitation and re-homing groups in Scotland.

A series of complaints requesting the avatar be removed were ignored until the BBC’s legal department were contacted. Although Jane’s artwork has now been removed – there has been no apology or statement from the BBC.

Please write to Colin Murray and ask that he makes a public apology on his radio show ‘Fighting Talk’ and that he makes a donation to one of Jane’s chosen charities for the use of – albeit for 4 weeks – Jane’s artwork that helps to raise much needed funds for the thousands of dogs that are dumped and abandoned by the racing industry – an industry Colin Murray is promoting.

A timeline of Jane’s complaint can be seen HERE

BBC promoting Greyhound racing as “A great fun night out”

Please complain to the BBC regarding their national promotion of an inherently cruel gambling industry. Colin Murray has also described Showme Thebunny as “Our greyhound – your greyhound if you’re listening – you’ve adopted her” – so please also call for her immediate withdrawal from the track.

Please remember to be polite at all times and enclose the links to these newspaper articles specifically on Sheffield dog track.

The Star – Top Greyhound Given Cocaine

The Star -Owlerton Track is Dangerous for Dogs

Please also write to Kriss Akabusi – who contributed to the programme and who we are sure will be unaware of the cruelty involved in greyhound racing admin@akabusi.com 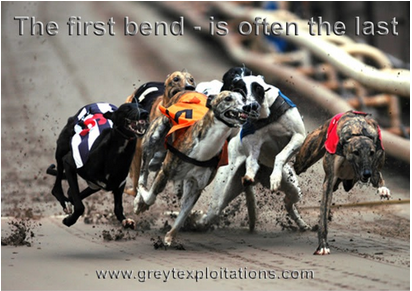 Colin Murray and his studio guests laugh and joke about Showme Thebunny’s knock at the first bend – a bend that takes so many lives and is often the last for these gentle souls.