Greyt Exploitations has had some excellent media coverage following the launch of our Injury Database.

In February the Sunday Times ran an article penned by Sanya Burgess with the Headline ‘40,000 racing greyhounds hurt’ You can download a copy of this article in a  PDF format HERE 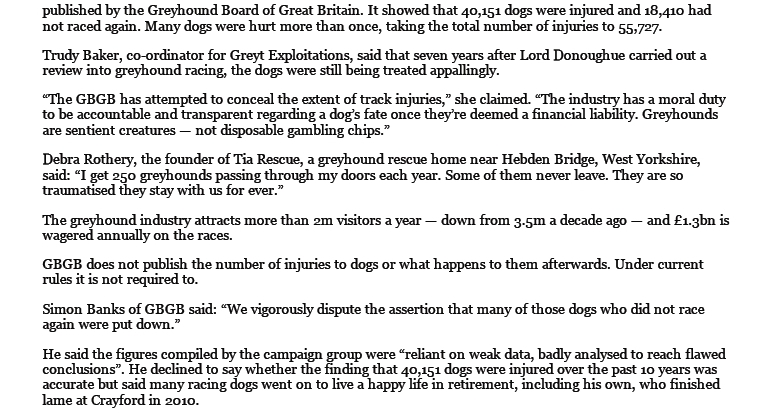 Again in February the Daily Mail ran a story on an incident at Romford dog track – where staff failed to remove the starting traps from the track leaving 6 greyhounds to smash into stationary traps.

By Martin Robinson for MailOnline

This is the horrifying moment greyhounds charged into the traps at their top speed of around 40mph after race organisers failed to lift them from the track.

Footage at Romford track in east London last week shows how the dogs were so focussed on chasing the hare several could not avoid the obstruction in front of them.

Incredibly the dogs who managed to avoid the trap quickly turned round and ran back to check on their fellow greyhounds.

No dogs were killed in the incident, although two are being treated for injuries by vets who will assess if they can ever race again, a source said.

An investigation has been launched by Coral, the owners of the track.

The bookmaker said the mechanism that lifts the stalls failed and the driver of the ‘hare’, which the dogs follow round the track, was not notified to stop it.

Anti-dog racing campaign group Greyt Exploitations says that  Romford is the country’s ‘worst offender’ for track injuries, but bosses say they are ‘more diligent’ and professional than other tracks.

Greyt Exploitations’ figures for the first five months of 2014 show that 221 dogs were involved in track injuries or incidents at Romford, and 86 of the dogs had not raced again by October

Campaigner Trudy Baker said: ‘I am absolutely appalled by the video. How was there no procedure in place for when the trap won’t lift? And if there is a procedure, why didn’t it work?.

‘Romford has the highest numbers for track injuries. They say that is because they are more diligent, but the film shows the complete opposite.’

Coral are investigating the cause of the failures.

A spokesman said: ‘We have carried out an internal investigation into the events that occurred last week at Romford which resulted in injuries being suffered to two greyhounds.

‘At this stage we are not certain what caused the failure in the mechanism that removes the traps from the track but we suspect that the very cold temperatures on the night may have been responsible. We are continuing to investigate the cause of this in order to reduce the likelihood of it occurring again.

‘We do however have processes in place, should this mechanism fail, to alert the hare driver to stop the hare, but unfortunately these were not followed last night leading to the greyhounds continuing. This was unacceptable and avoidable and we will review these processes and carry out further training to ensure that an incident like this never happens again’. 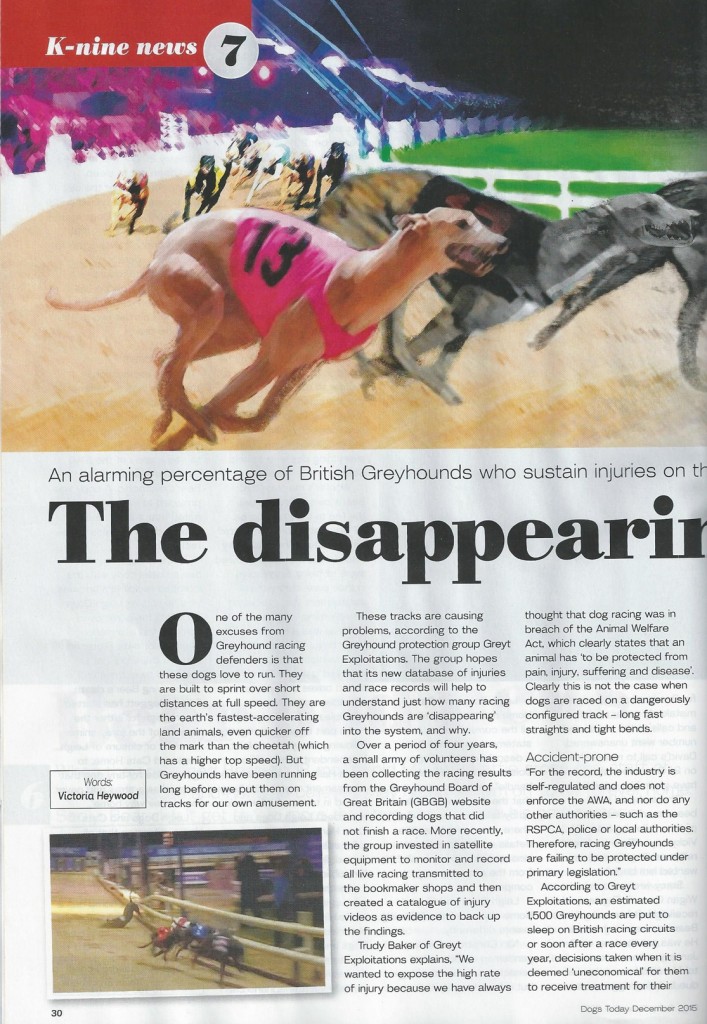 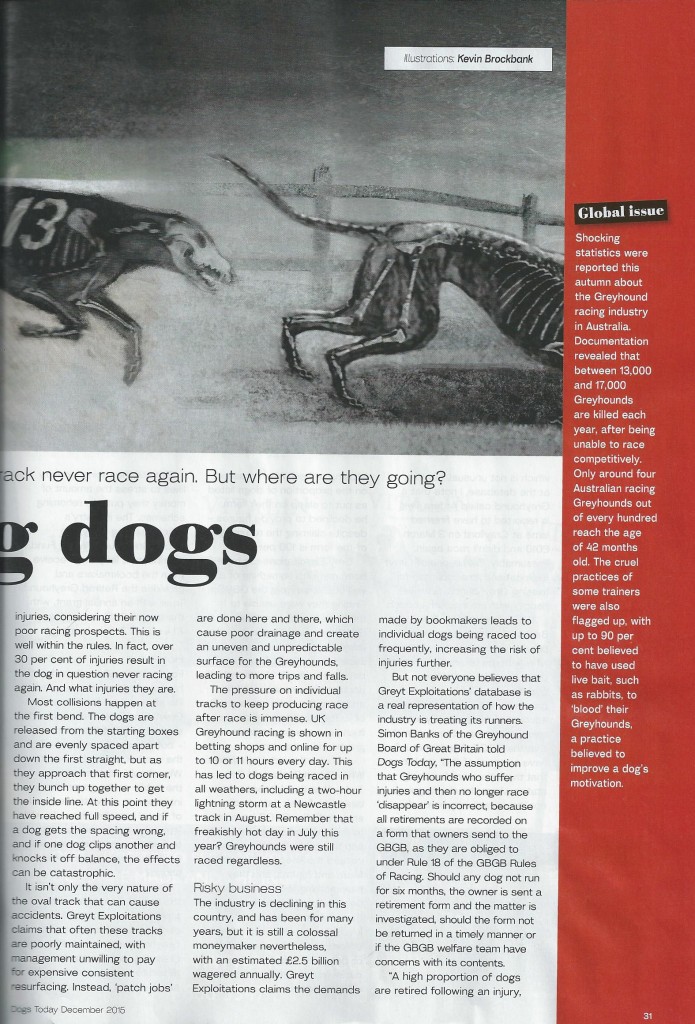 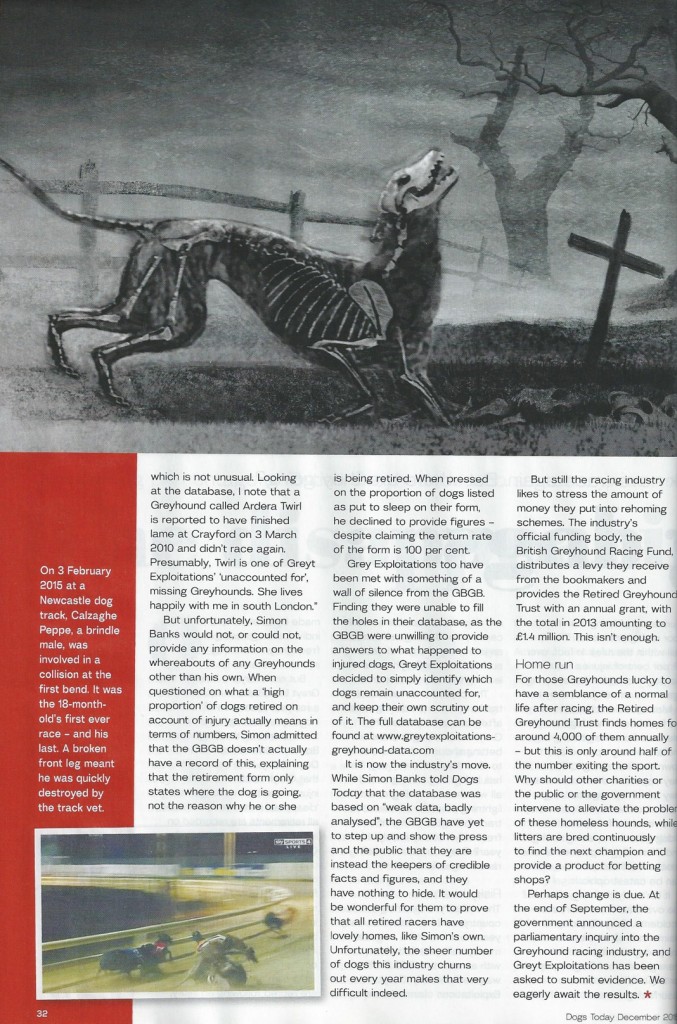