Defra are reviewing the 2010 Welfare of Greyhounds Regulations that were passed in an attempt to satisfy the public’s concern about greyhound welfare. Defra would now like to hear from you as to whether the regulations have achieved what they set out to do or whether you still have concerns regarding the welfare of racing greyhounds.

Any member of the public – regardless of where you live – can contribute to the Public Consultation and you have two options to let the Government know what you think.

A) You can email Defra and tell them what you want the Government to do – giving you the freedom to say exactly what you think and how best can the Government address your concerns about greyhound welfare. Please try to use your own words as this will add value to your submission.
AnimalWelfare.Consultations@defra.gsi.gov.uk (Please put ‘Greyhound Welfare’ as the subject in your email)

B) You can complete the consultation questionnaire which restricts you to answering questions on 6 basic issues.
https://consult.defra.gov.uk/animal-health-and-welfare/consultation-on-the-racing-greyhounds-review/consultation/intro/view

Government have stated they have no plans to ban greyhound racing because they believe there is nothing inherently cruel with the industry even though they don’t know how many greyhounds bred for British racing are destroyed every year or how many are injured on the dangerous tracks.

You – the public – now have the opportunity to have your say – speak for the greyhounds and show your strength of feeling about how poorly greyhounds are treated as a disposable gambling product. How they are over bred – raced on dangerously configured tracks and disposed of in their thousands every year.

The consultation closes on December 31st – so please act now and give these innocent souls the gift of a voice. 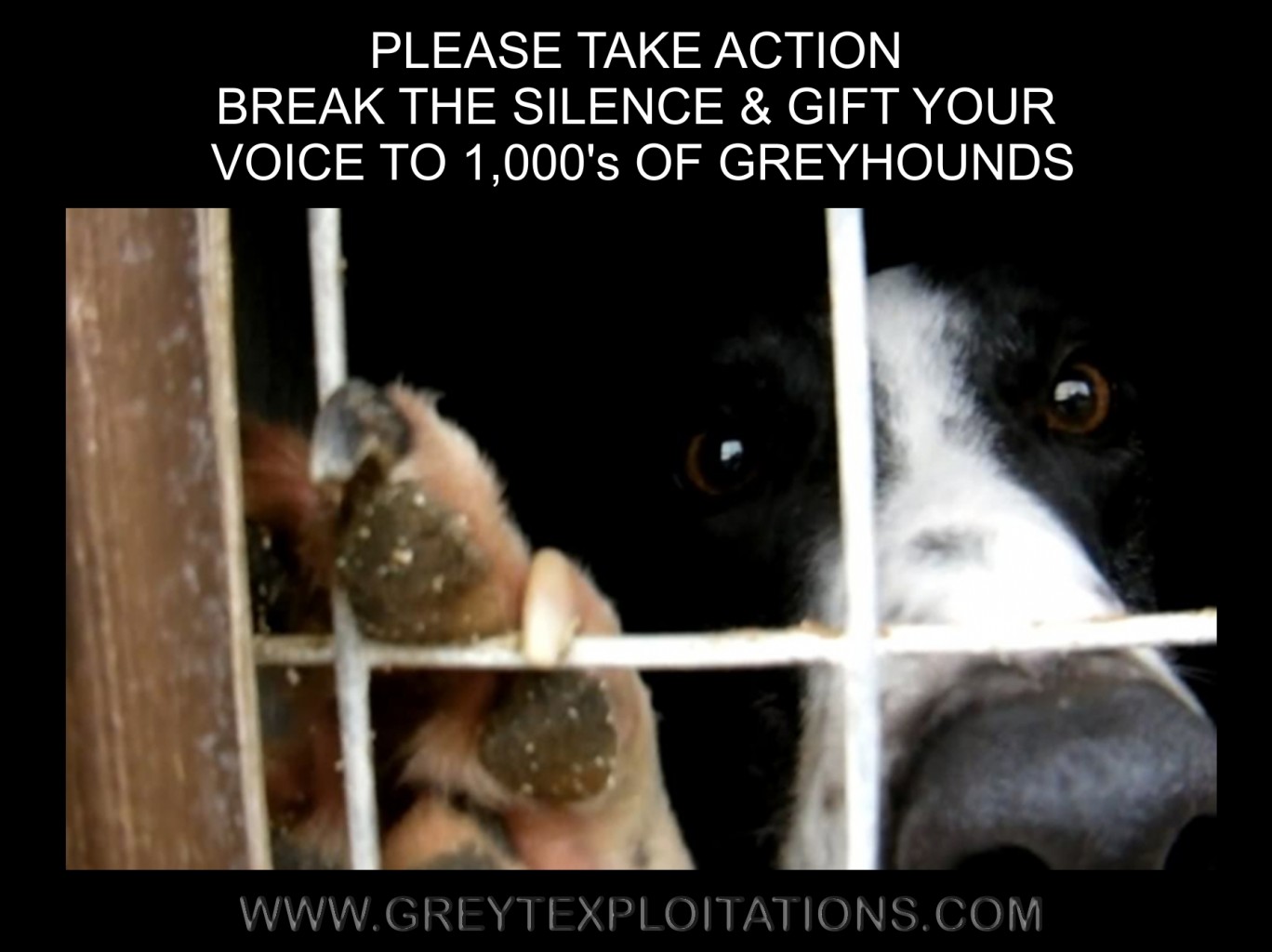 Greyhound protection groups believe that the 2010 regulations have done very little to improve the welfare of greyhounds and therefore the regulations have failed to address the public’s concerns.