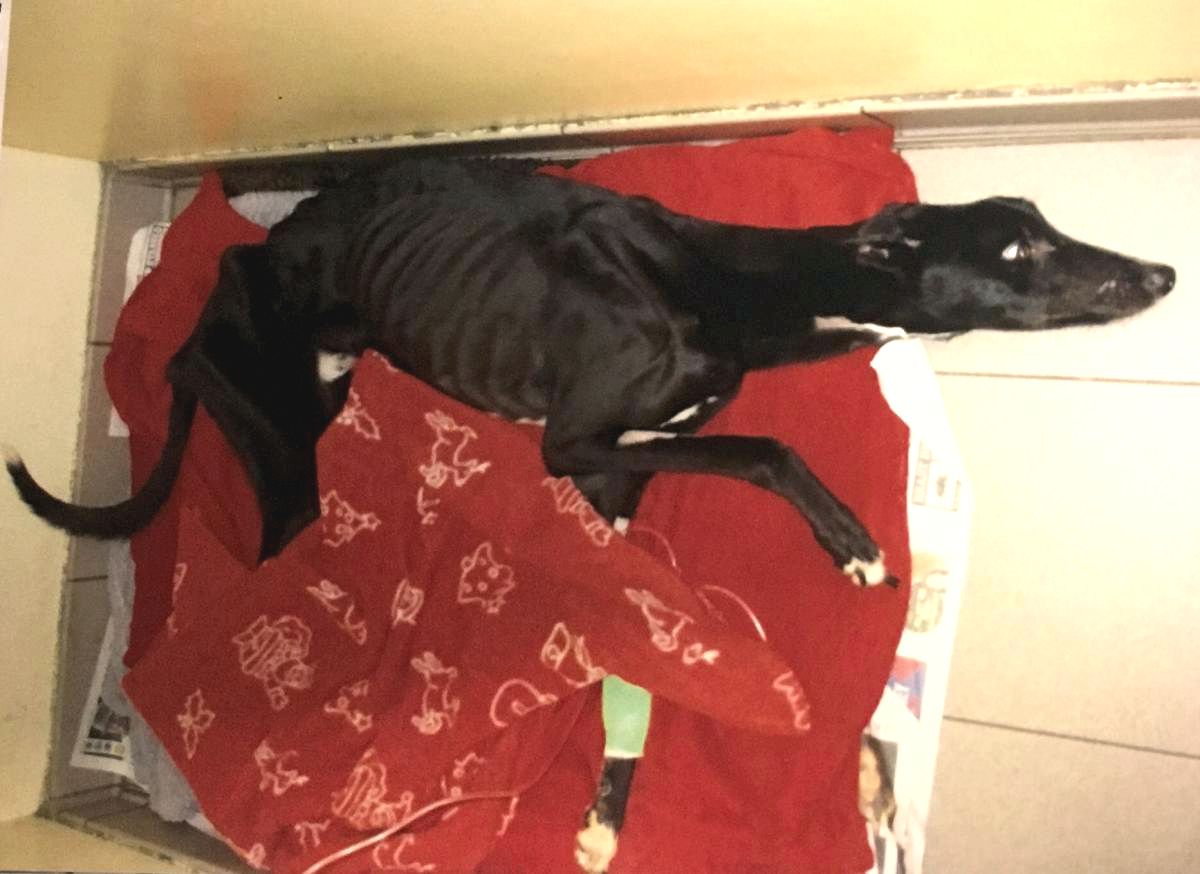 A 31-year-old man and a 21-year-old woman from County Durham have been disqualified from keeping animals for 10 years after their three dogs were found to be emaciated, with with one dog said to be on the brink of death. Christopher Cooke (date of birth 11.09.85) and Toni Leigh Bailey (date of birth 08.04.96) from Church Street, Seaham were sentenced at Newton Aycliffe Magistrates’ Court yesterday (Wednesday 14 June). At a previous hearing (17 May), they pleaded guilty to one offence of causing unnecessary suffering to three dogs in their care called Kane, Roxy and Boss by failing to explore and address the cause of their poor bodily condition under the Animal Welfare Act.

All three dogs were emaciated – Kane had collapsed, he was barely conscious, unable to stand and struggled to move and Roxy was wobbly on her feet.  They were skeletal in appearance with their ribs, spine and hips clearly visible.  The examining vet said it would have taken several months for the dogs to get into this condition. RSPCA inspector Lindsey Avery attended the property and found two dog crates containing dirty bedding with old mouldy faeces on it.  There were also dog faeces in the hallway and living room as well as hazard items such as rubber gloves and cushion stuffing which the dogs could have eaten.

The couple admitted they knew their dogs were underweight but they did not seek veterinary attention for their pets until Kane had collapsed. Happily all three dogs have since recovered from their ordeal, gradually gaining weight since being in RSPCA care. RSPCA inspector Avery said: “Sadly these dogs were in a desperately poor state – worryingly thin, and their hips and spine were very prominent.  This was a very serious incident and initially we thought Kane might not make it.  Had he not received treatment when he did the vet thought he would have died within 24 hours. I am so pleased all the dogs have pulled through, there have been fantastic transformations from when I first saw them (see after pictures above). Hopefully it won’t be long until they are found new homes.”

In addition to the 10 year disqualification from owning animals, which they can not appeal for five years, both defendants were sentenced to 12 weeks imprisonment suspended for three months, 300 hours unpaid work and 10 days of specified activity.  They were both ordered to pay £360 in vet fees, £240 prosecution costs and a £115 victim surcharge each.

The dogs were signed over to the RSPCA yesterday and will soon be looking for their new forever homes from the RSPCA’s Felledge animal centre.