The Fate of Thousands of Greyhound Pups 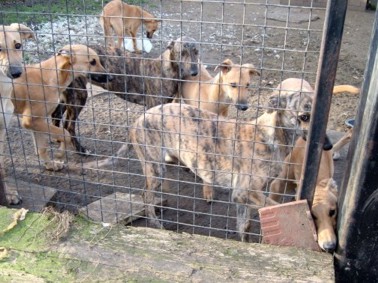 Greyhound Watch have undertaken a survey – the first of its kind – on the breeding and fate of greyhound pups born in Britain.

Clive Ellis said ‘The survey covered all Greyhound Stud Book litter entries received between June 2005 and May 2006 , and showed that only 2,267 of 4,332 pups born are recorded racing. In other words, just 52% made the grade’ – which immediately dispels the myth that ALL greyhounds love to race.

RGT Director – Ivor Stocker – has also confirmed the rumour that the ‘re-homed’ figure claimed by the industry is inaccurate, stating  “There was certainly instances in the last two or three years where dogs have been counted on more than one occasion because the trainer put in a form and we (RGT) put in a form.”.

Clearly the whereabouts and fate of many more  ex racing greyhounds is now questionable.