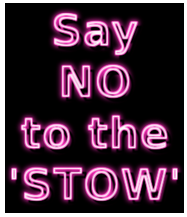 The Walthamstow Guardian picks up on the Say No to the STOW campaign and very kindly publishes an article helping to raise awareness and to prevent the gambling on dogs returning to Walthamstow.

Say No to the Stow campaign launched

Greytexploitations publishes an article highlighting the inherent cruelty greyhounds endured before Walthamstow dog track was closed and the cruelty that still exists in order for greyhound racing to sustain commercial viability – together with an appeal asking greyhound advocates to contact Waltham Forest Council, MP’s and Ministers highlighting why the re-opening of Walthamstow should not be supported.