The British Greyhound Racing Fund are the industry’s body that collects the annual voluntary levy paid by the bookmakers and allocates these monies to various sectors of the industry in the form of grants.

The voluntary levy is calculated as 0.6% of the profits generated through the betting on dogs in the UK and is obviously paid 12 months in arrears.

Grants are awarded to various sectors of the industry – including marketing and promotion –  welfare (including trainer’s prize money) – regulation and integrity – stadium improvement grants and trainer’s welfare grants.

The BGRF directors consists of track owners and bookmakers representatives – many of whom are directors of the very bookmakers who pay the levies. It is not surprising then that the bookmakers and track owners award themselves a large slice of the funds to refurbish their tracks.

In 2015 the bookmakers awarded themselves over £1.1 million – of their own money – in track grants while the Retired Greyhound Trust received just £1.4 million – sufficient money to home just 1,237 greyhounds at the current RGT’s average homing costs of £1,131 per dog. 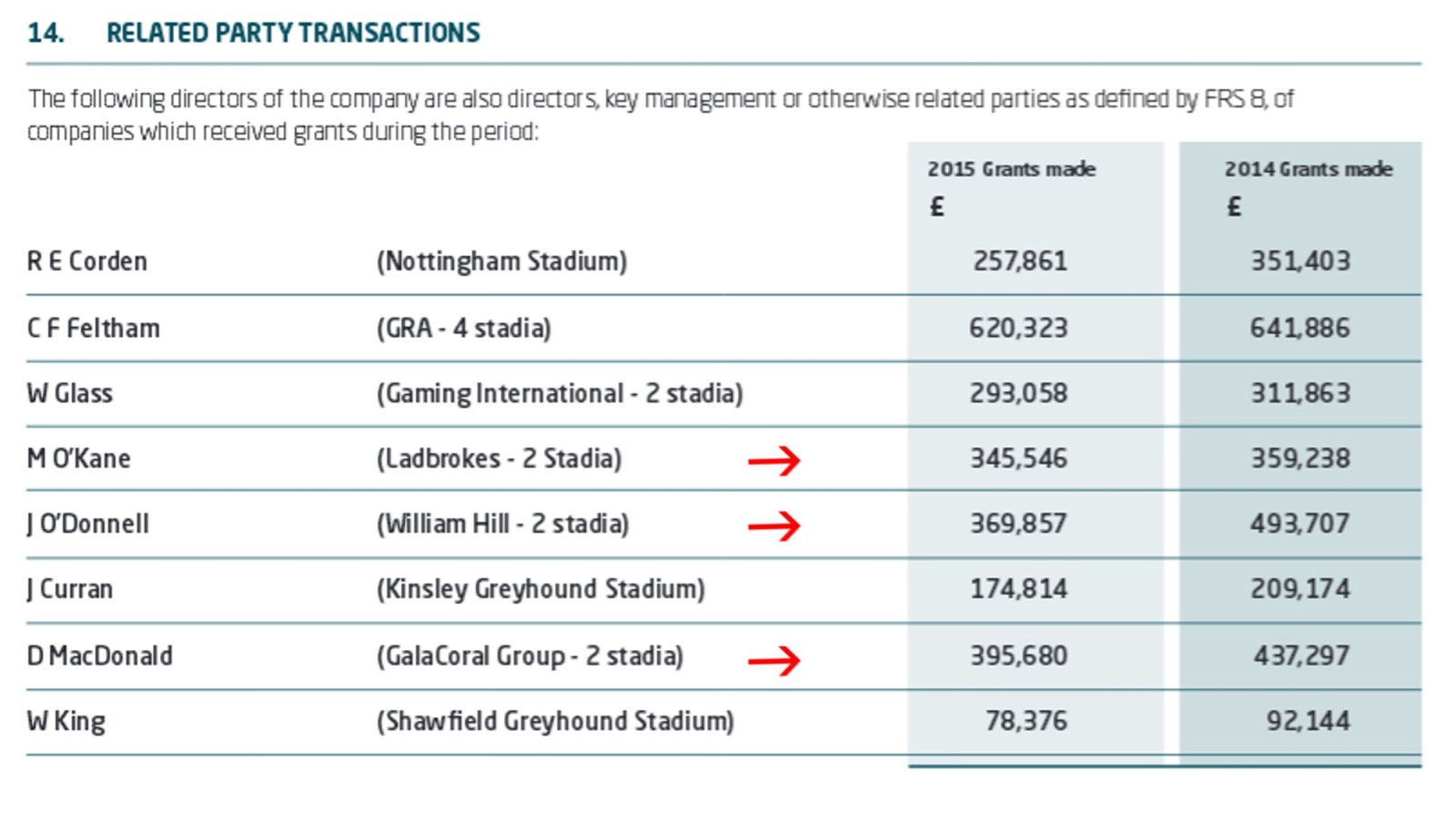 Despite the BGRF being extremely proud of their £1.4 million grant to the RGT – the figure is hidden in the total Grant allocated to what the BGRF deem as ‘Welfare’ – which incidentally includes prize money for trainers. In recent years the total Welfare Grants have also included grants made to Liverpool University for research and dissection.

The annual levy has declined considerably by just under 50% in the last 8 years where it peaked at £14 million in 2008 to it’s current level of just £7.3 million and forecasts suggest it will reduce even further to less than £7 million in the next finacial year.