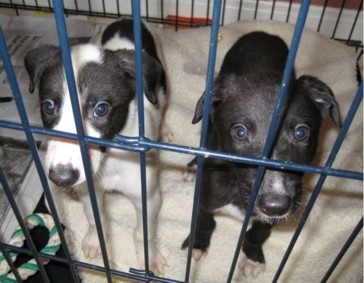 We believe that Greyhound Racing is not even a sport, but purely a performance forced out of greyhounds that have no choice in the matter. Racing greyhounds are trained, some in barbaric ways, and are bred over many generations to enhance the inbred ability to ‘chase’.

More recently an exposure by The Sunday Times reported the largest breeder of greyhounds in Britain, Charles Pickering, sold healthy puppies that were too slow or would not perform to Liverpool University for dissection and research.

The culling of puppies in such huge numbers is evidence alone that greyhounds are not born performers or chasers, they are simply trained to perform and chase, those who don’t are dispatched without a second thought.

WHICH ONE WOULD YOU KILL?