Sheffield dog track currently race 5 times a week – Monday – Tuesday – Thursday – Friday and Saturday. Four of the meeting are for the Bookmakers Afternoon Greyhound Service so the track is heavily dependent on the gambling industry and off-track  betting for its income.

The Managing Director – John Gilburn – also acts as the Chairman for the Sheffield Retired Greyhound Trust. Despite it costing the RGT in excess of a thousand pounds to find a home for an ex-racing greyhound – its bizarre that Mr Gilburn’s chooses to have a collie cross as a pet and takes ‘Lucy’ to the track where greyhounds will be risking life and limb to earn his wages.

On Tuesday April 25th 2017 Barney Rubble – a 2 year old black male broke down at and Sheffield dog track and had to be carried off. Barney Rubble – as with thousands of other greyhounds each year – remains unaccounted for.
Last registered ‘trainer’ – Barrie Draper
Last registered ‘owner’ – Elizabeth Hall
Barney Rubble had been forced to perform in 17 races – his fate is now unknown.
Please sign and share the petition for the mandatory publication of injuries http://goo.gl/YixYKA – thank you! 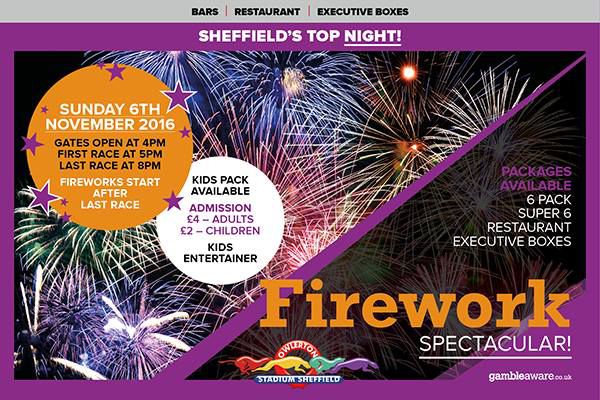 It is estimated that at least 45% of dogs in the UK are scared of fireworks. Yet despite this and despite an avalanche of complaints in this and previous years – Sheffield dog track go ahead with their firework display – to maintain profits – just yards from the residential kennels housing tens of greyhounds.

On July 18 2016 Sheffield and Monmore Green dog tracks both raced greyhounds in extreme temperatures – completely disregarding welfare – in order to comply with their all-important BAGS contracts and to supply races for the national and international betting markets. Previous complaints to the GBGB dismissed our concerns and the RSPCA could only recommend that the self-regulating GBGB introduce a ‘hot weather’ policy. Complaints after Greyhounds raced on hottest day 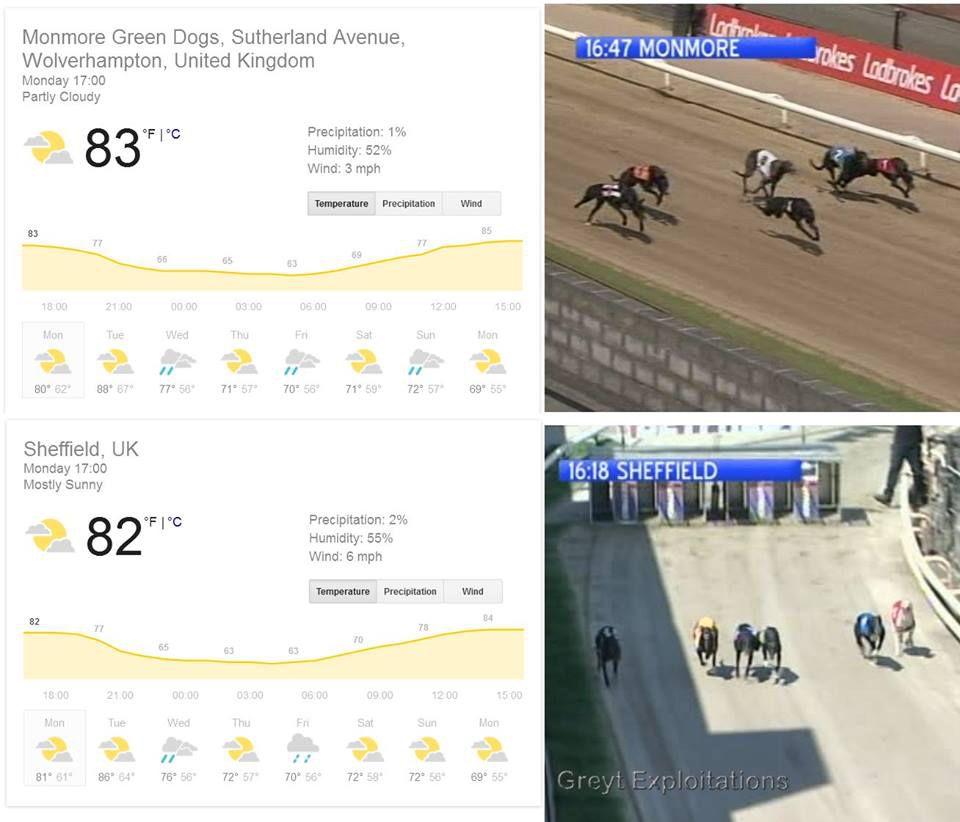 On 11 December 2015 Sizzling Girl escapes while being forced into the traps. The 22 month old female puppy was eventually caught some 9 days later after living rough in freezing temperatues with her muzzle and racing jacket on. Speedy greyhound found NINE days after escaping from race track

Despite claims that the industry treats their dogs as ‘fine valued athletes’ – in May 2015 – Sheffield’s Owlerton dog track shows just how much it ‘cares’ for the greyhounds who earn them millions of pounds.

In 2013  a total of 198 greyhounds sustained an injury whereby they  individually finished a good distance behind the leading pack – finished lame or did not finish the race.  198 injured greyhounds 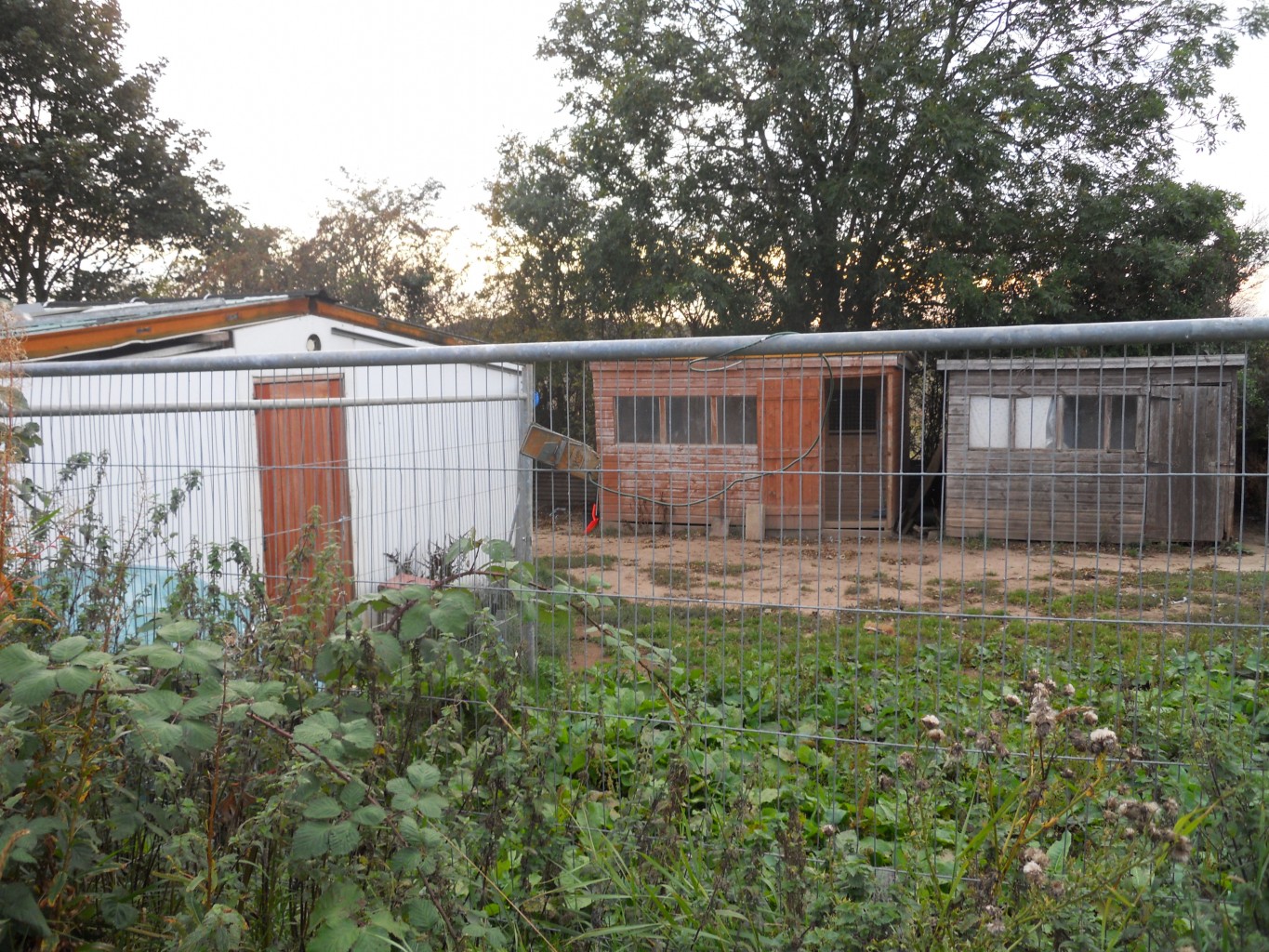 In November 2011 – professional greyhound ‘trainer’ Norman Melbourne attached to Sheffield dog track was exposed by Greyt Exploitations for breaches of Racing Rules regarding his kennels. Despite there being obvious welfare concerns and security issues – the Greyhound Board of Great Britain failed to find him guilty during an internal disciplinary hearing of any offences and continues to kennels the dogs in his ‘care’ on an allotment. Click here  ShowMe TheBunnys kennels.

In September 2010 – professional ‘trainer’ Stuart Mason attached to Sheffield dog track – was reported to have given a greyhound in his ‘care’ cocaine – a class A drug.  The industry’s self-policing Disciplinary Committee fined him a mere £750 and ordered him to pay costs of £5,500. As with all trainers who break the law – he was never reported to the police and escaped being prosecuted in a criminal court for offenses under the Misuse of Drugs Act or the Animal Welfare Act.