In Memory of Valentina

On February 14th 2009, a man walking his dog discovered a blood soaked blanket on wasteland in Iron Acton – a village on the outskirts of Bristol.

Obviously alarmed, he investigated the contents and was horrified to find a dead black female greyhound.

Her ears had been hacked off to prevent her from being indentified by her tattoos and even more macabre – this poor girl was heavily pregnant with six pups.

Unlike Rusty, who was dumped on a Welsh mountainside in similar circumstances and despite months of investigations – DNA profiling, leafleting campaigns and public appeals – her true identity has never been determined and her killer(s) walk amongst us today – unpunished for this atrocious and barbaric crime.

In memory of Valentina – Thomasz Adamski has beautifully captured her spirit in a restful pose and one which is befitting to remember her by. 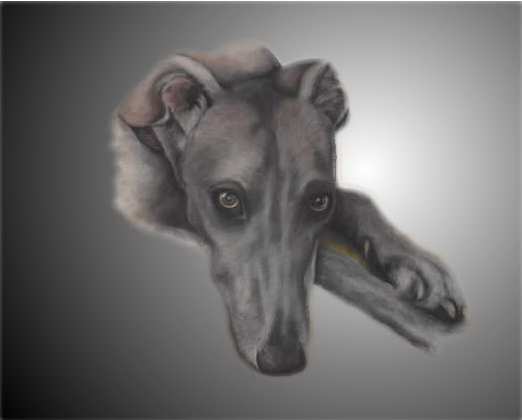 Please light a candle and reflect on the hundreds of thousands of greyhounds who have gone ‘unaccounted’ over the  past 82 years and of those that continue to be mutilated – abandoned and die without being found……….may you all Rest Gently In Peace.