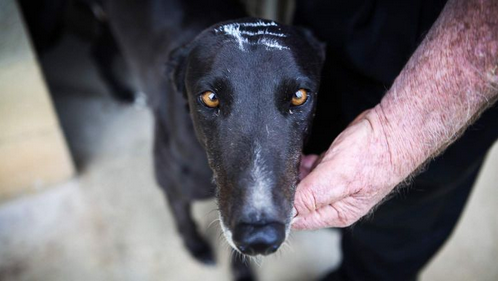 In a special report ABC News Australia reveals that at least 3,000 greyhounds are destroyed annually in New South Wales – representing nearly 40% of the 7,500 dogs bred for racing in that state.

A further 12,500 greyhounds are estimated to be bred in the remaining Australian states.

One of the most alarming features of the report – is an interview with former track vet Ted Humphries who states he puts down 500 greyhounds a year in his clinic.

He says at least they have a humane death but left in the hands of some owners – dogs can suffer a cruel fate.  “They shoot them or hammer them or throw them off bridges. I know one particular person who would hang them” said Humphries.

At the rear of Humphries clinic are two young greyhounds kennelled literally on death row. Having been marked with the letter ‘E’ for Euthanase on their foreheads – the dogs will be destroyed simply because they did not have the potential to race.

Click here to read the full transcript of this news item