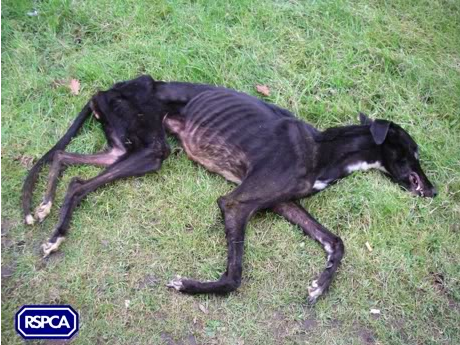 Following the discovery of a dead emaciated female greyhound – the RSPCA are appealing to members of the public who were in the vicinity of Thetford on February 23rd to come forward with any information.

The body was discovered by a local resident who had become suspicious after the bin had been left unclaimed in Arlington Way Thetford – less than 15 miles from Mildenhall dog track.

No one from the street owned the bin and when the resident looked inside – they made the gruesome discovery.

The RSPCA have tracked the previous owner through her microchip- establishing her name was Kerry – but are still hunting the person who actually dumped the dog.

Kerry was  five years old – black with a white chest and wearing a yellow collar with her name on it. She was wrapped in a curtain and bed sheet and the bin also contained some Christmas wrapping paper patterned with blue snowmen and a sticky label with a name written on it. 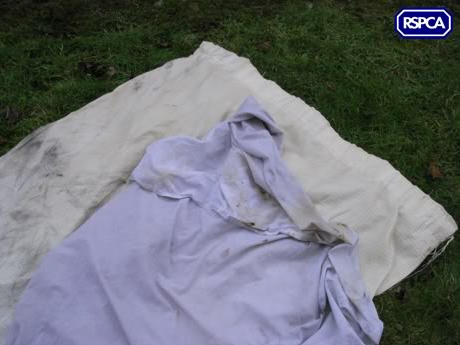 RSPCA inspector Nicola Thorne said  “This dog was just skin and bone – it was horrifying – she was so emaciated.

I am appalled that someone could let her get into such a state and when the poor dog died – they just dumped her like a piece of rubbish.

I am following up on a number of enquires but I would appeal to anyone who has any information regarding this dog or may know her last known address. I am particularly interested to hear from anyone in the St Mary’s Crescent or Berry Road area of Thetford”

The bin has been taken away for forensic examination by the police. The RSPCA hope to identify the area Kerry was living and the owner of the bin and anyone with information is urged to contact the RSPCA  cruelty line on 0300 1234 999

Without doubt – society’s  attitude needs to change towards our companion animals and Kerry is a prime example of that. The only way this can be achieved is for the Government to fund the promotion of responsible ownership and enforcement of the Animal Welfare Act – using the millions of pounds revenue generated by the pet industry so that companion animals receive the protection they deserve.