Following months of attempting to raise their concerns with the Greyhound Board of Great Britain – the Greyhound Trainers Association have blown the whistle exposing a complete disregard for the unnecessary deaths of 6 greyhounds and a den of corruption at the highest level.

At the root of the problem lies 6 dead dogs destroyed in the space of just 9 days at the Ladbrokes’ owned Crayford dog track. In total 13  greyhounds were injured during a 2 week period between July 25th and August 8th 2015. 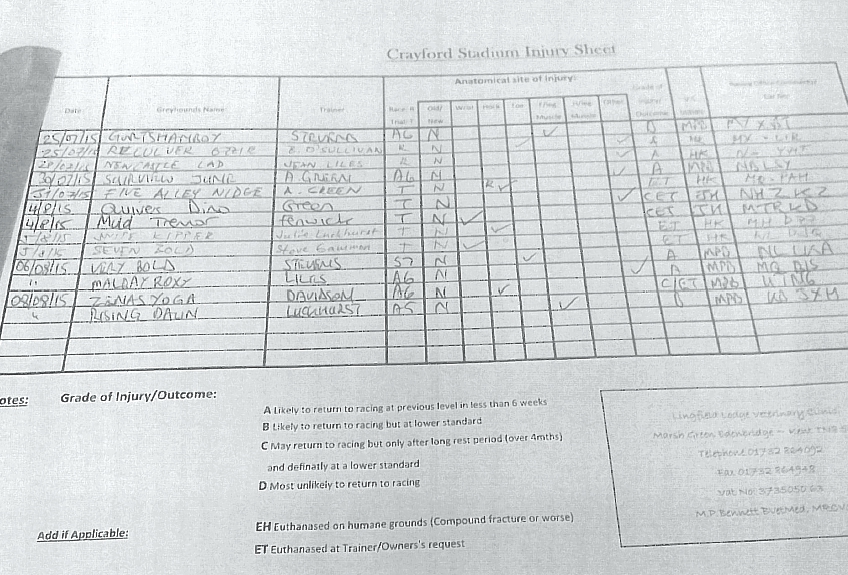 Photo of the vet’s injury sheet

Despite suffering treatable injuries none of the greyhounds were euthanased on humane grounds. All 6 dogs – bar one – were ‘euthanased’ following a trail and  3 of the dogs according to the track vet – could have raced again but their trainers/owners requested for the dogs to be destroyed. 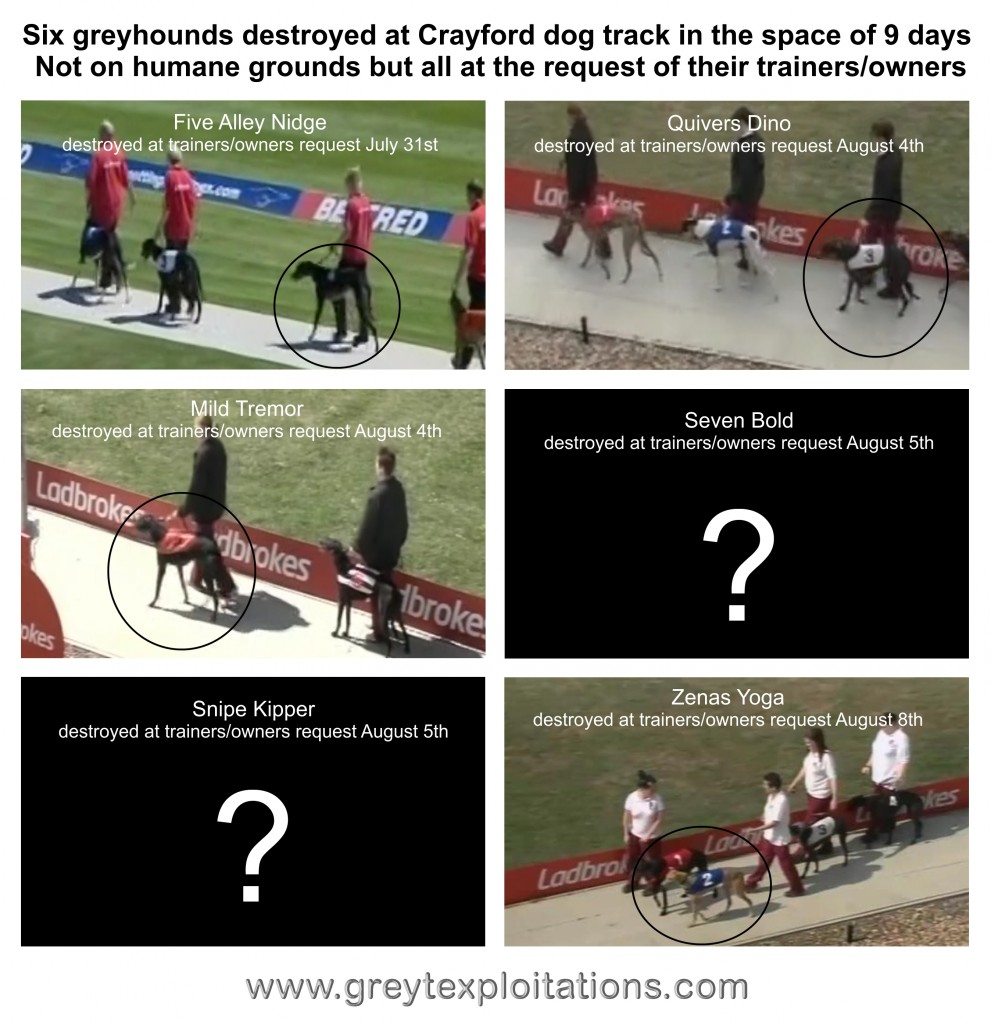 FTR – we only researched RACES and excluded TRIALS – which begs the question just how many greyhounds are being destroyed in total at Crayford?