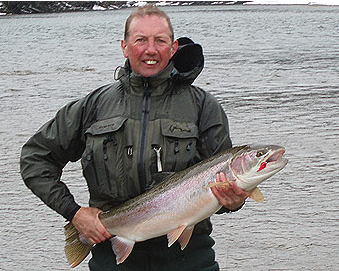 Rarely do you come across a full and frank viewpoint from the gambling industry but an eagle eyed American colleague spotted a video of Gordon Bissett – head of Ladbrokes Greyhound Stadia – delivering a speech during a conference organised by the American greyhound racing industry in March of this year.

Mr Bissett appeared blissfully unaware his ‘viewpoint’ on the decline of greyhound racing would be placed in the public domain – the contents of which are not only very encouraging for the greyhounds but also for those who serve to protect them.

Feeling the need to reassure his audience, Mr Bissett said  “We are still open for business – there were 37 tracks 20 years ago, currently we are down to 26 – so same kind of situation as yourselves. Our attendances have been absolutely hammered. Twenty years ago there were 4 million race goers attending our tracks. This changed very little up until year 2000 and now you can see [points to slide show] over the last 3 years as the recession has started to take a chunk out of everything, in the high street, and retail, our attendances have plummeted quite dramatically – between 2008 and 2009 a 13% decline in attendances. The business itself has changed considerably when the promoters try and bring people in through the gates they have been offering more and more cut-throat packages, cut-throat prices, virtually giving it away, so not only are there fewer tracks there are a lot fewer people coming through the turnstiles”

On the subject of breeding – Gordon Bissett dispassionately refers to greyhounds as inanimate objects, stating  “Our concern was that the number of tracks declined, that means the numbers of breeding declined. So far, in the UK that isn’t the case. What has happened is that greyhounds have become a lot cheaper – you’ve heard of ‘buy one get one free’, well we have that with the dogs”

One of the most concerning aspects of Mr Bissett’s ‘Viewpoint’ is that of animal welfare laws. Laws he says are “daft” and laughing whilst ridiculing the necessity to humanely kill a lobster rather than placing it in a pan of boiling water.

Mr Bissett’s indifference to animal welfare laws doesn’t stop there and he continues to say  “The bigger issue for us is the Welfare of Racing Greyhound regulations that comes into effect on April 6th this year and we trialled, and trialled the information of about ten pages of daft legislation. Things like ‘you have to be able to observe the greyhound when it’s in a racing kennel’. The integrity of the kennel has been destroyed as a result of that. There are a whole load of things. You know – the vet room has to have about 20 different conditions attached to it!! Um…. a whole load of legislation which has been drafted and decreed by Defra – by people who don’t know anything about greyhound racing” and Mr Bissett further complains that microchipping was “the biggest bear trap that has been set in the new regulations” and it “was supposed to destroy greyhound racing in the UK by making it so difficult to race greyhounds”

This year the bookmaker’s levy saw a reduction from £13.8 million to £9.9 million – a staggering 30% drop in just 12 months and trainers continue to jump ship amid demands for higher and more costly welfare standards. The total number of licensed trainers published on the GBGB website is now declared at 1066 in comparison to 1216 when the GBGB took office in January 2009 – a fall out of nearly 13%.

However, with an estimated 12,000 greyhounds over bred annually to supply British racing – still going unaccounted for and presumed killed  – the campaign to protect greyhounds is far from over.

Please click here to read the transcript of Gordon Bissett’s viewpoint – to include how the industry were in ‘denial’ of the Seaham Slaughter https://greytexploitations.com/resources-and-reports/greyhound-racing-industry-officially-in-free-fall/gordon-bissetts-viewpoint

http://www.agtoa.com/Conference2010s.asp  and scroll down to Monday March 22nd or click on the video below 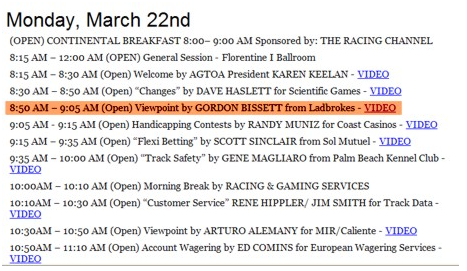