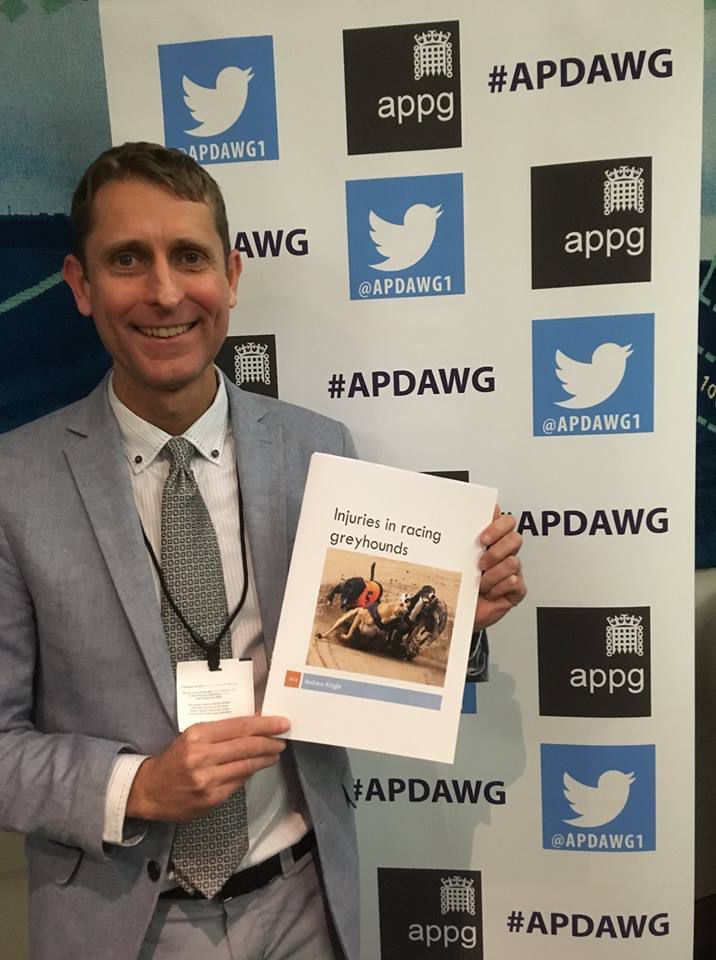 The first of its kind in the UK – Professor Knight has sourced scientific evidence from worldwide reports – revealing the unavoidable injuries to greyhounds racing on dangerously configured oval tracks. The report also contains the most reliable British injury data that was submitted by the industry to the 2015 Efra Inquiry.

“An inquiry undertaken by New Zealand’s Racing Integrity Unit (RIU 2016) concluded that 68 per cent of injuries and 75 per cent of fatalities, occurred from accidents at or approaching the first bend, when congestion is often at a maximum”